With over 500,000 electrified vehicles already sold globally, it’s no surprise to see that BMW is increasing its range of Plug-in Hybrid Electric Vehicles (PHEVs). And with the launch of the BMW X1 xDrive25e, plus many more to follow, drivers now have more choice than ever before. 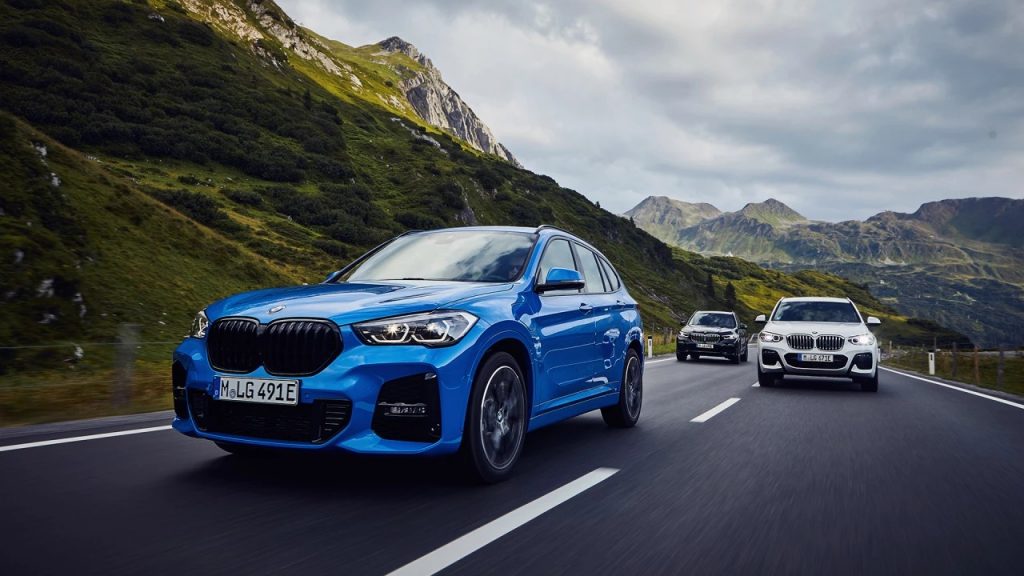 With new driving modes that offer intelligently controlled interaction between the petrol engine and electric motor, the BMW X1 xDrive25e adds a new angle to the Sports Activity Vehicle (SAV) experience. Available as a Sport, xLine and M Sport model, it comes with the latest-generation lithium-ion battery and offers up to 57 km in pure electric driving mode.

The plug-in hybrid system of the new BMW X1 xDrive25e consists of a 1.5 litre 3-cylinder petrol engine with BMW TwinPower Turbo Technology and an electric drive specially developed for this model. The high voltage battery can be fully charged using a BMW i wallbox in less than 3.2 hours, while a full charge from a traditional 3-pin socket takes just over 5 hours. 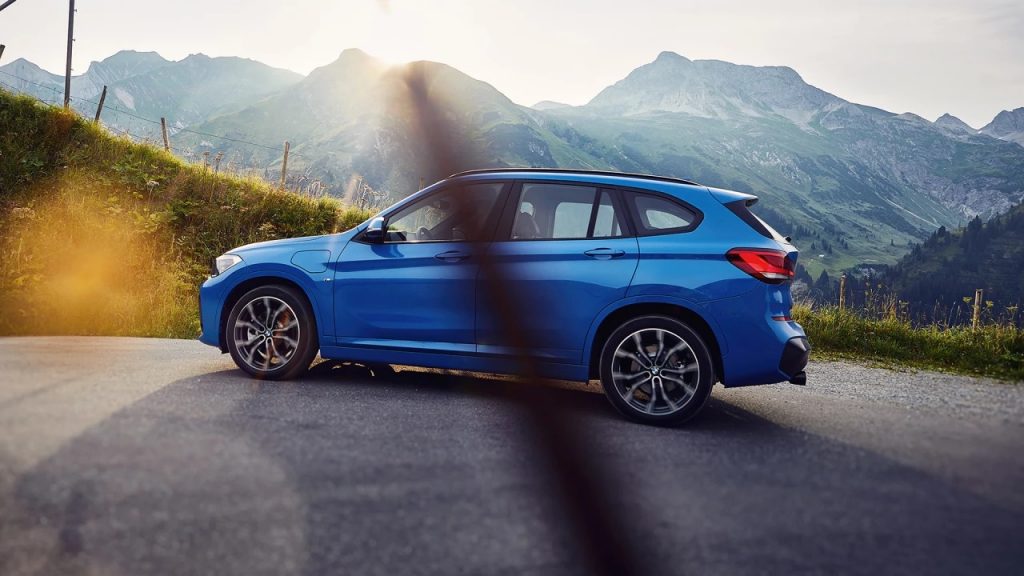 The versatile BMW X2 was designed for modern living, so it makes sense for it to now be available as a plug-in hybrid model later this year in the Summer of 2020. Packing the latest-generation lithium-ion battery (10kWh), the intelligent eDrive button, and a highly efficient electric drive, it can go up to 57 km in pure electric.

Together, the combustion 3-cylinder petrol engine and electric motor produce a system output of 220hp and 385Nm of torque. It also features a hybrid-specific all-wheel drive system, which distributes power between the front and rear wheels, and delivers awesome acceleration and agility. 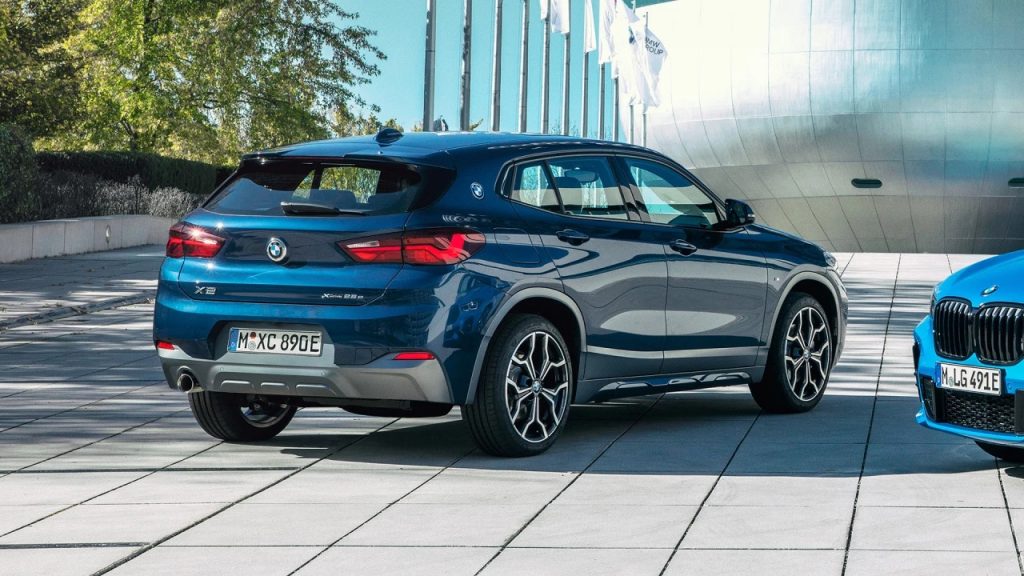 The new BMW X3 xDrive30e Sports Activity Vehicle (SAV) has an all-electric range of up to 55 km and goes from zero to 100km/h in just 5.8 seconds. Its plug-in hybrid drivetrain delivers 252hp through its 2.0-litre four-cylinder petrol engine with BMW TwinPower Turbo Technology and electric motor. As standard, the BMW X3 xDrive30e is equipped with XtraBoost; this gives the hybrid-drive system an extra 41hp bump of performance at the touch of a button. 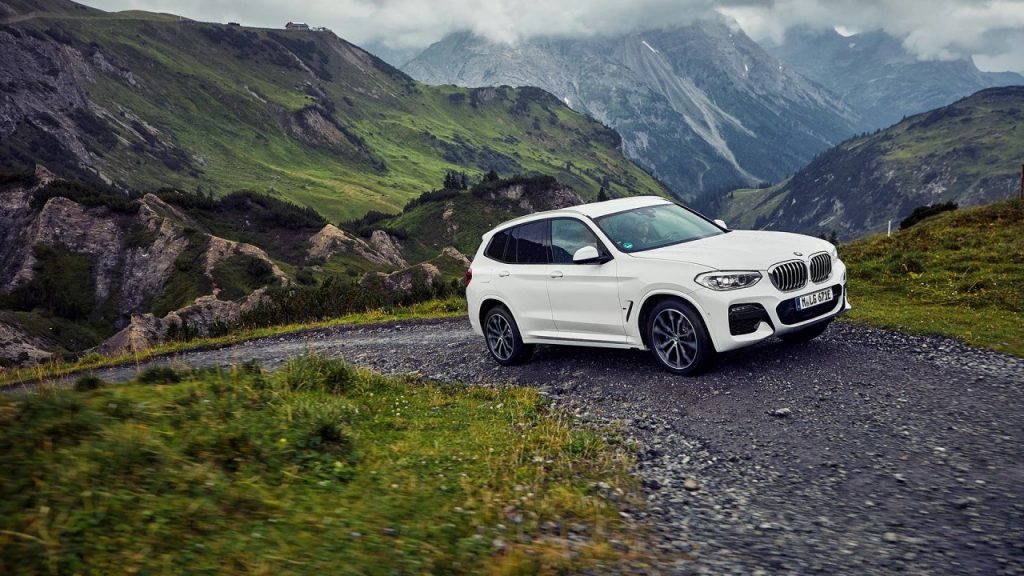 Just like the X3 xDrive30e, the new BMW 330e Saloon comes with the standard-fit XtraBoost function, which gives the 252hp an extra 41hp. Its plug-in hybrid system, which has a 12.0kWh lithium-ion high-voltage battery, can cover a distance of up to 60 km using electric power alone.

The new BMW 330e Saloon has been smart with its design, positioning the battery underneath the rear seats, while the fuel tank is located above the rear axle to ensure optimal luggage capacity and interior space. 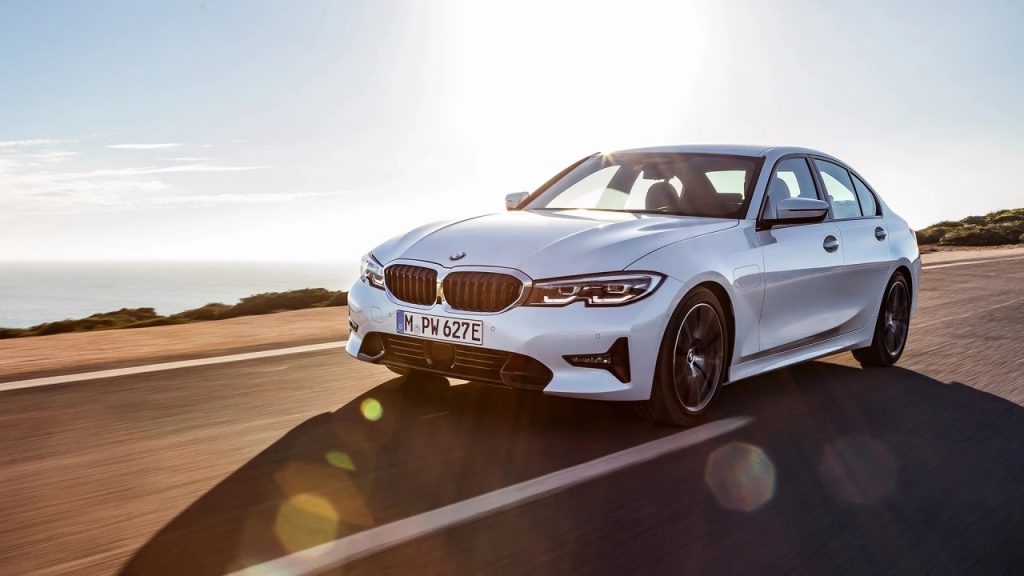 The powerful combination of the in-line six-cylinder petrol engine and the latest BMW eDrive technology ensures that this 2nd-generation BMW X5 plug-in hybrid has an abundance of power and performance.

The new plug-hybrid drive has increased the all-electric range up to 97 km – more than three times as far as the previous model. And it’s also quicker, going from zero to 100 km/h in just 5.6 seconds, which is 1.2 seconds faster. 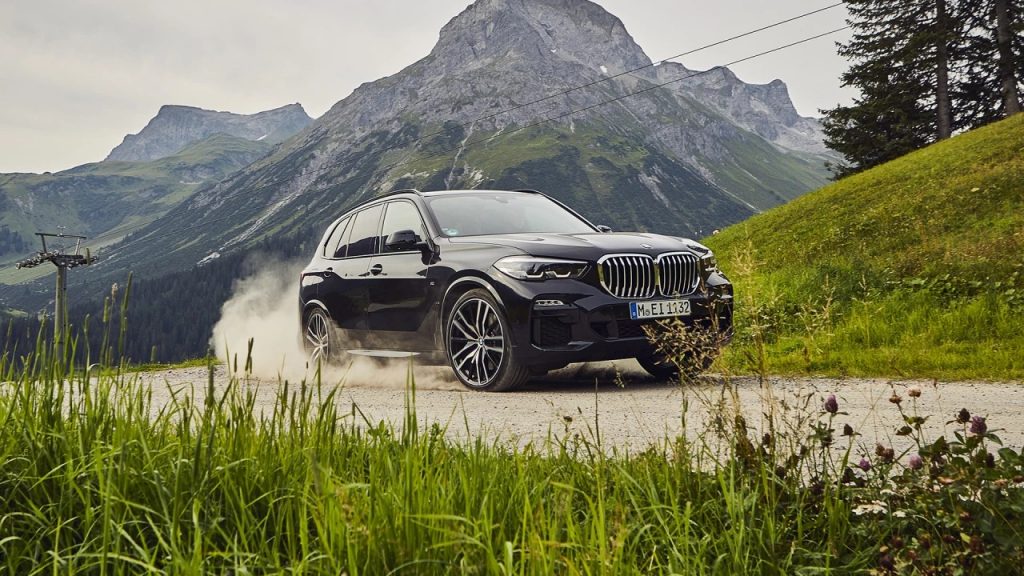 Boasting the latest lithium-ion battery for BMW’s plug-in hybrid model, the BMW 5 Series Saloon now has an all-electric range of 100 km, which is an increase of more than 30%. The BMW 530e Saloon is also optionally available with BMW’s all wheel drive system xDrive for added traction in tricky conditions. The BMW 530e xDrive Saloon achieves a pure electric range of up to 48 km. 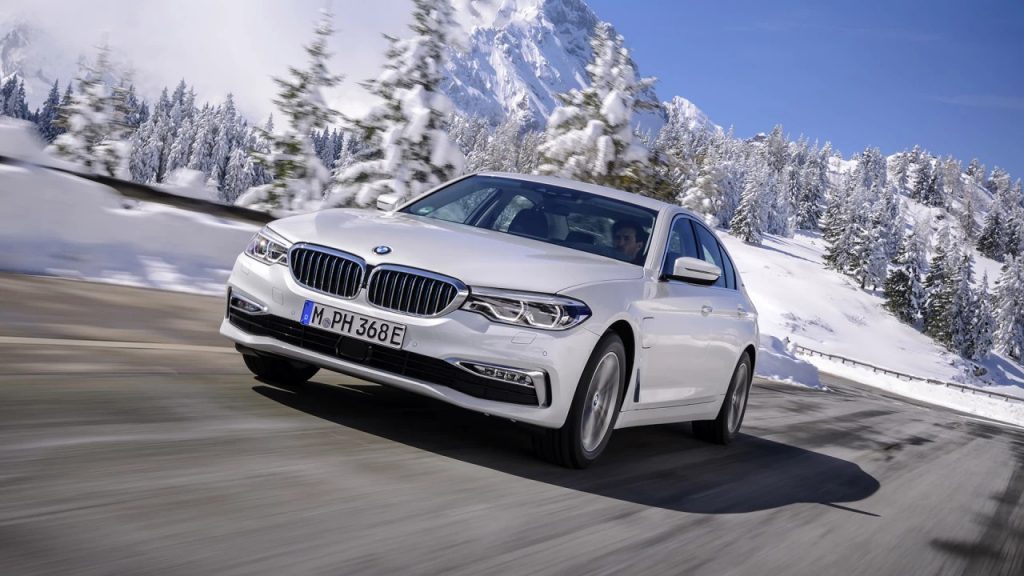 With BMW’s state-of-the-art battery cell technology, the BMW 225xe Active Tourer has not only reduced consumption levels but also increased all-electric range by over 25%, up to 50 km. Maintaining the same look and feel, its new lithium-ion battery now has an increased energy output, going from 7.7kWh to 10kWh. Other enhancements include numerous standard and optional driver assistance systems, which aim to make driving and recharging your plug-in hybrid easier than ever before. 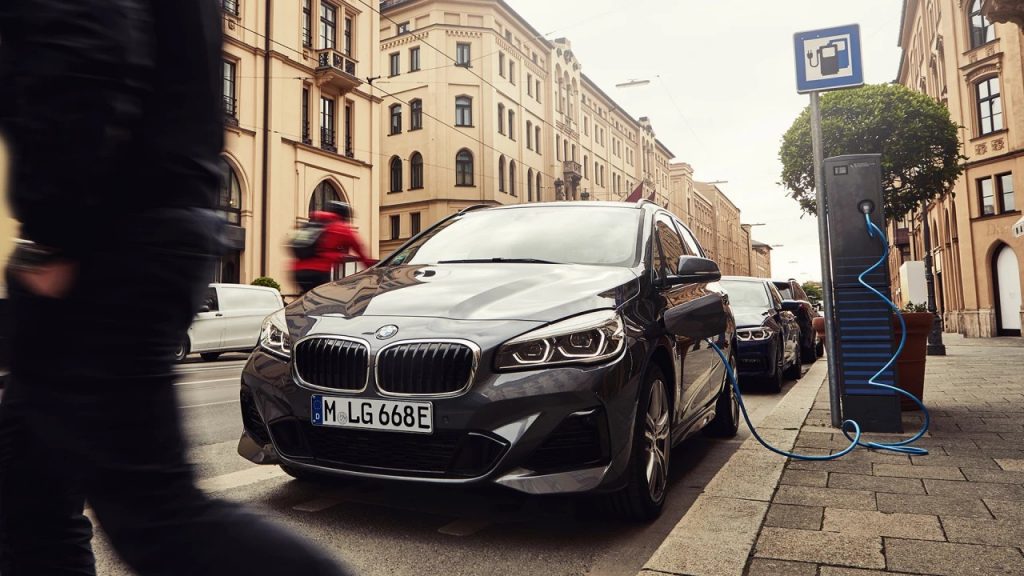 From the elegant details to the latest BMW eDrive technology, everything about the BMW 745e Saloon / 745e xDrive Saloon is geared towards superior performance. Going from zero to 100 km/h in only 5.2 seconds* and offering an all-electric range of up to 50 km*, discover a stunning hybrid driving experience that’s perfectly suited for the executive lifestyle. Available as a standard and M Sport model, it takes only 3.6 hours to recharge using an AC Fast Charge station. Other modern features include the Connected eDrive Services and the BMW Connected app with remote charging control.

*Figures based on base 745e Saloon model with standard specification. 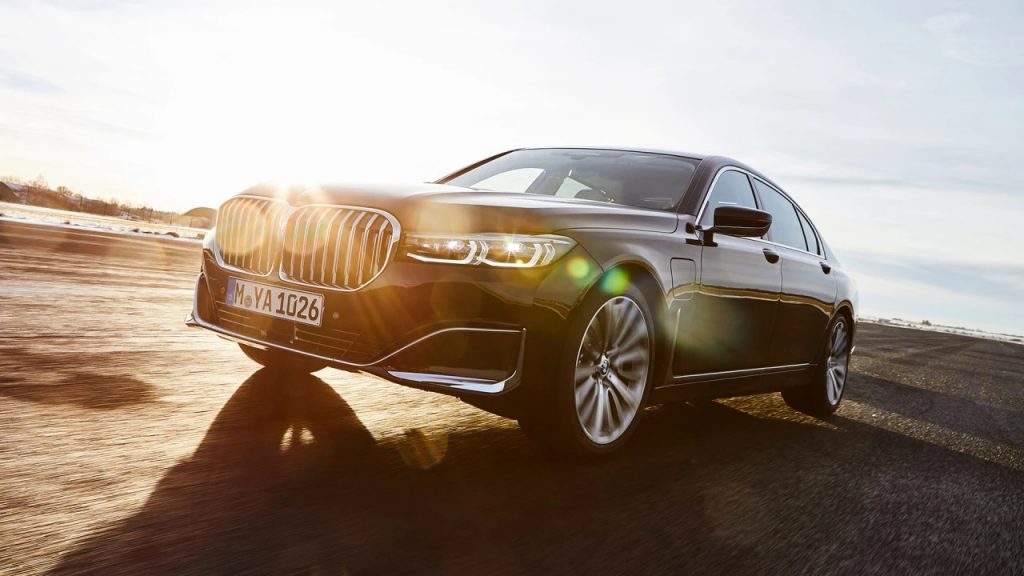