To drive or not to drive? This is the real question facing the next-generation of BMW drivers.

The BMW Vision M NEXT concept car was revealed at the #NEXTGen infotainment platform at the BMW Welt, and is a genuine look into future mobility and also BMW M.

“The BMW Vision M NEXT provides a glimpse into the future of sporty driving,” says Adrian van Hooydonk, Senior Vice President BMW Group Design. “…the BMW Vision M NEXT demonstrates how state-of-the-art technology can also make the experience of driving yourself purer and more emotionally engaging.”

The BMW Vision M NEXT offers a choice between electric all-wheel drive and pure rear-wheel drive, in either all-electric mode or using the turbocharged four-cylinder petrol engine. It delivers an impressive 600hp, a top speed of 186 mph, and sprints from 0-62mph in just three seconds.

At the core of BMW’s latest concept car are the EASE and BOOST experience concepts. BOOST is all about the actual driving experience, while EASE encompasses the autonomous driving experience. From ensuring maximum concentration to feeling safe and relaxed, the in-car living space is optimised and personalised via interaction, entertainment, and sensory elements.

The driving force behind BMW’s latest concept cars is a new set of pillars, which are referred to as D+ACES. This stands for Autonomous driving, Connectivity, Electrification, Services (ACES) and Design. 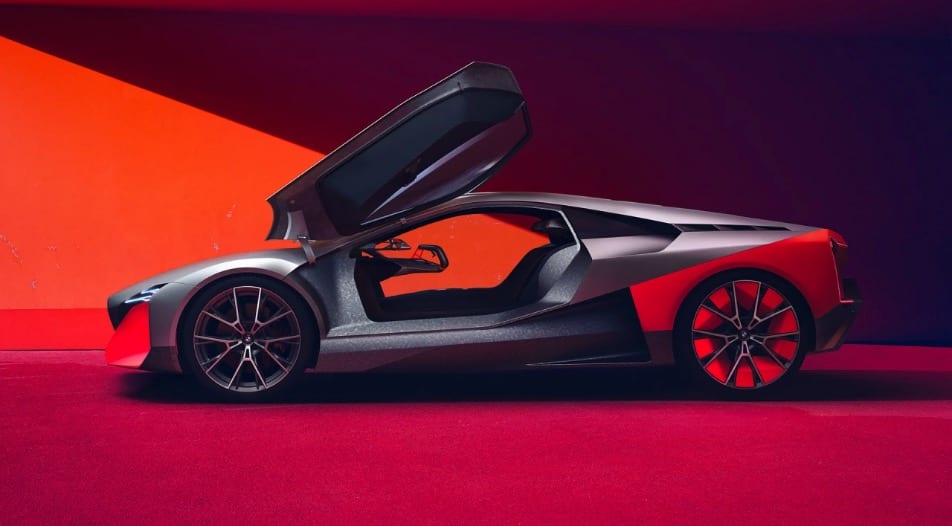 BMW has taken inspiration from some of its more iconic models to create the BMW Vision M NEXT. The expressive front-end design serves up a confident and modern interpretation of BMW icons, with the signature BMW kidney grille flanked on either side by triangular elements in Thrilling Orange. What’s more, the grille openings are each blanked off by a transparent layer with a laser-etched, illuminated pattern that seems to be floating inside.

The design of the rear window takes its cue from the BMW M1. The three-piece louvres are made from glass and emphasise the horizontal focus of the rear-end styling. 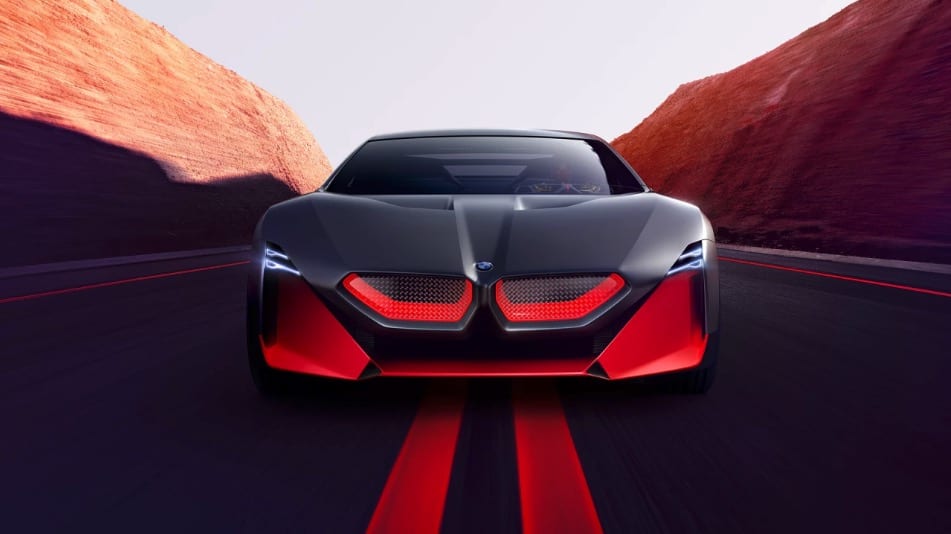 “The BMW Vision M NEXT is a progressive hybrid sports car that makes a very clear and confident statement, in terms of both appearance and interaction,” says Domagoj Dukec, Vice President BMW Design.

The low-slung, wedge-shaped sports-car silhouette has 22 inch rear wheels and smaller 21 inch front wheels to accentuate this appearance. The headlights showcase the first ever use of Laser Wire lighting technology, whereby glass fibres coated with phosphorous are used to produce headlight elements. This produces an abstract ECG trace of a heartbeat, with a new, super-slim and extremely precise form. 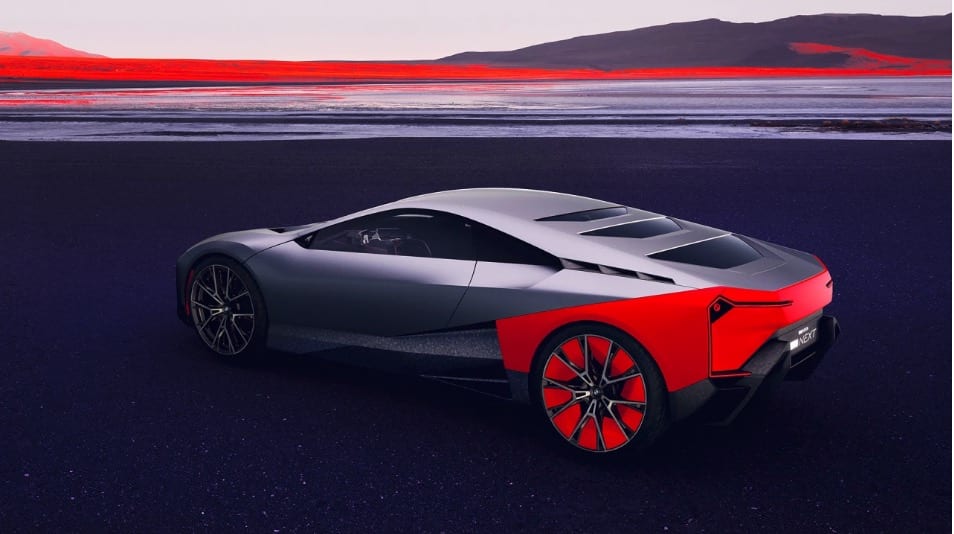 STEP INTO THE FUTURE.

One of the standout innovations unveiled at the BMW Welt is the facial recognition technology, which allows the BMW Vision M NEXT to unlock automatically as the driver approaches. Pressing the touch sensor on the gullwing doors prompts them to swing open. The minimalist interior space is primarily focused on the driver while in driving mode, both stylistically and technologically, with the most pivotal feature being the BOOST pod. 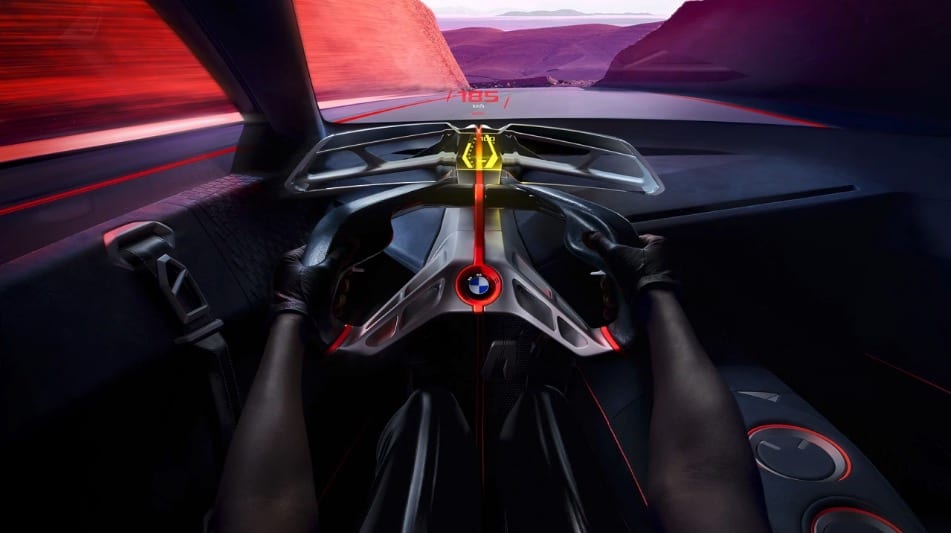 “The entire interior is focused on the BOOST Pod. The geometry has a deliberately low-key feel so that the driver can concentrate fully on the driving experience,” explains Domagoj Dukec.

The BOOST Pod forms the interface between driver and vehicle. It brings together all the control options and information on three sensational surfaces. Firstly, there is the horizontally arranged steering wheel, which features two small displays; this is supported by a Curved Glass Display; and the state-of-the-art full-surface Augmented Reality Head-Up Display.